Although winter is on the way. And of-course, there are going to be darker evenings and a shorter day. But what we must love about the winter is, a hot cup of coffee, while covering ourselves with blankets and watching at some favorite TV dramas and programs to fill our desire. Where many of on-air stories on TV are hooking up our interest owning to strong storyline and concepts. On the other hand, there are many new dramas which we are going to see on our TV screens this winter. One of those upcoming TV projects is Ishq E Laa. The drama has already created hung buzz among the TV lovers ever since it’s announcement. And now after such hype and buzz, the makers & channel have already treated the fans with promotional posters and some intriguing teasers which actually increased the excitement level. From the teasers, it seems the channel has best winter treat for us in form of Ishq E Laa.

From the teasers and promotional posters, it seems like a story of love, sacrifice, belief, passion and spirituality but there is more to the play than meets the eye. As the time inches closer, let’s take a look at the 5 reasons why you should watch this most awaited drama of the season.

1. Sajal Aly To Make Her TV Comeback After Her Marriage

Sajal Aly is portraying the character of Shanaya who is a brave, daring and determined journalist. She has a pure and kind soul and she can go to any extent to help others.

With numerous commercially successful dramas including Yaqeen Ka Safar and Alif to her credit, Sajal Aly ventured into web-series this year. Marking her digital debut alongside her husband Ahad Raza Mir with Dhoop Ki Deewar, her series did really well when it came to viewers but it got mix reviews form critics. Marking her TV comeback after her marriage (probably after one year), Fans of Sajal have been eagerly waiting for Ishq E Laa. As it has been a year since they saw her on TV screen. Now that she is going to make comeback, and back with equally talented, versatile and very gorgeous costar Yumna Zaidi, it’s already a win-win for channel and of-course for makers by having those two most loved faces in one frame 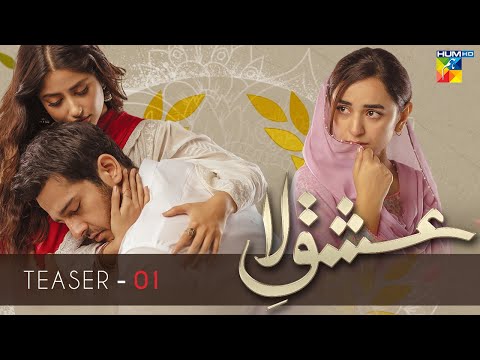 Azaan Sami Khan has become the new sensation of Pakistan’s entertainment industry. Making a place for himself purely on his talent, He is a name which has been prominent in the music fraternity for a while now. His musical journey brought him international acclaim and recognition. He is a versatile artist who’s ability to adapt and mould into any genre of music is unique and matchless. Azaan has composed beautiful tracks for movies Parwaaz Hai Junoon, Superstar as well as Paray Hut Love. With him to also make silver screen debut as actor with Patakh Dey opposite Hania Aamir, it was his own penned film Superstar staring Mahira Khan and Bilal Ashraf. The film became highly grossed & commercially and critically most successful film of 2020. The music composer turned script writer is all set to make his TV debut now with Ishq E Laa which actually makes it a must watch.

But one think which doubled his fans excitement is, he is going to play Azlan which actually comes as shock for his fans. As he totally transformed himself in a total different avatar. His portrayal of Azlan depicts a business icon for whom sky is not the limit, He has to go beyond it and how he manages to convey the character’s emotions is what his fans are eager to watch.

The cast of the drama is nothing short of an ensemble one. Be it Azaan’s intense look, Sajal’s charisma or Yumna’s portrayal of Azka. As we mentioned before, the versatile actress Yumna Zaidi is also one of the leading characters. She is portraying Azka who is a young, passionate yet struggling Doctor. She believes that miracles can happen at any time.

It seems that the drama not only has a story that is intriguing but also a cast that is promising. As it has also Ehd E Wafa fame actor Adnan Samad Khan. Apart from these fours popular and most loved faces of TV’s world, the ensemble cast of the drama also includes Sohail Sameer, Uzma Hassan, Usman Pirzada and Simi Raheal.

4. Ishq E Laa Promises A Bunch Of Drama And Intrigue

In terms of plot, there are still a lot of hidden elements. As the story is not only about love and spirituality. It also revolves around passion, relationships, rejection, friendship, revenge and jealousy. We witnessed Sajal and Azaan’s romance in teasers but how Yumna and Azaan will come together as couple is also best element of the drama which also increases the interest. Azka aka Yumna Zaidi and Adnan Samad Khan’s character’s contribution in life of Azlan and Shanaya is still in the dark which can work for the makers to hook the fans up by making them to watch it. There is going to be a lot of things one might still have no idea about. Concluding it we can say, the drama seems to be a spiritual and love journey revolving around these three main characters, with plenty of relationship twists thrown in for a good measure. 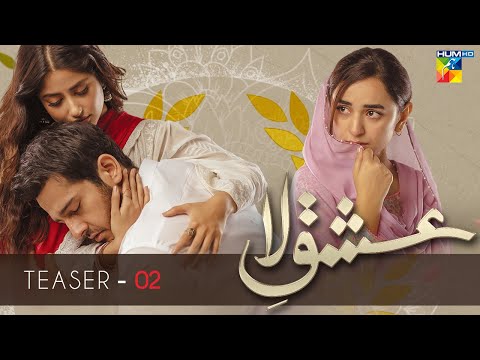 The veteran writer with blockbuster TV serials Alif Allah Aur Insaan, Kahin Deep Jalay, Dil Ruba and many others to her credit is coming back with something intriguing and interesting. She last wrote the script of Hum TV’s drama Dil Ruba. The project did well on TRP charts. The visionary director Amin Iqbal who is best popular for Dushman-e-Jaan, Deedan and Maan has created this master piece. Coming from the makers of Alif Allah Aur Insan itself, the direction of the drama, in general is impressive. We think Amin Iqbal will do complete justice to the kind of hopes. And of course with a time slot like that, we are hoping that the drama will create records on TRP chats and also garners numbers. 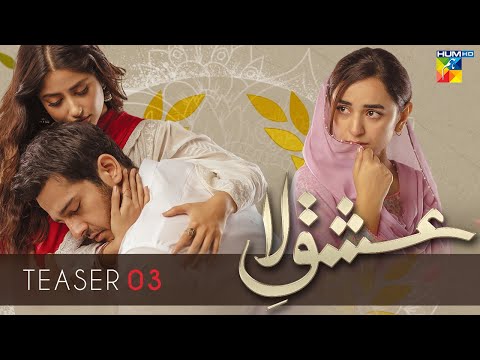 Ishq E Laa is a proud presentation of MD Productions. The visionary production house and hit maker brought us many blockbusters. FromEhd-e-Wafa, Pyar Ke Sadqay, Sabaat to Mushk MD Production has always lead the way for others to follow.

There are a host of other things that we liked which include costumes, set, background, makeup and title track of drama among others. But the above 5 facts will make you want to watch this amazing serial. What do you feel about the first look of Ishq E Laa? Share your thoughts and views in the comment section below regarding this. For more updates keep follow Phupo.

Man Crush Thursday: Burak Celik Aka Emir Demirhan of Senden Daha Güzel Will Give You Dose Of Dopamine If You Are Having A Dull Day!