TV is after all our ultimate companion on a drowsy afternoon, and the perfect date on a cozy night after a long hard-working day. As we know our dramas are popular world-widely because of the way, they highlights the social issues and also the reality based story-lines. To make TV viewing interesting and intriguing, for that we need freshness in both story-line and the concept as well. But unfortunately, because of winning the race in TRP chats we have to watch same concepts adopted by many channels. Even some on-air dramas also hint at the same old plots which we already have witnessed on TV screens. Now Hum TV and Producer Momina Duraid are all set to gear up with a new drama Dobara which is all about breaking stereotypes.

From the teasers it seems that Dobara is new with light-hearted content which challenges taboos prevalent in our society. To challenge the taboos prevalent in our society, Dobara is here to stay. The drama will go on-air from October 20 at 9:00 pm on Hum TV. Bilal Abbas Khan is one actor whose intense performances on small screen have earned for him local and international acclaim. Whenever his name comes up, the first thing which brings to our mind is, his ability to make a project commercially and critically hit.

In Doabra, Bilal Abbas Khan is essaying the character of a young boy who falls in love with an older, working woman, portrayed by Hadiqa Kiani. Ever since the teasers hit the TV screens, the curiosity of audience has escalated. The most exciting and eye-catching thing that takes up everyone attention is Bilal’s boyish look to an intense avatar.

The teasers seem interesting and promises wholesome entertainment with power-pack performances. It has left audience with a thirst to see more and it might prove to be one of the biggest strengths ahead. As we all know that it’s Hadiqa Kiani’s second acting project after her TV debut with Raqeeb Se. It is second time that Nauman Ijaz and Hadiqa Kiani have paired up for a project. Joining them in this new project is, the TV’s new sensation and hot favorite Usama Khan. Written by Sarwat Nazir, Danish Nawaz is the director of this drama. 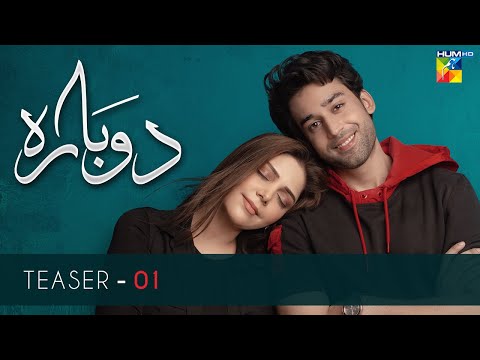 Man Crush Thursday: Burak Celik Aka Emir Demirhan of Senden Daha Güzel Will Give You Dose Of Dopamine If You Are Having A Dull Day!